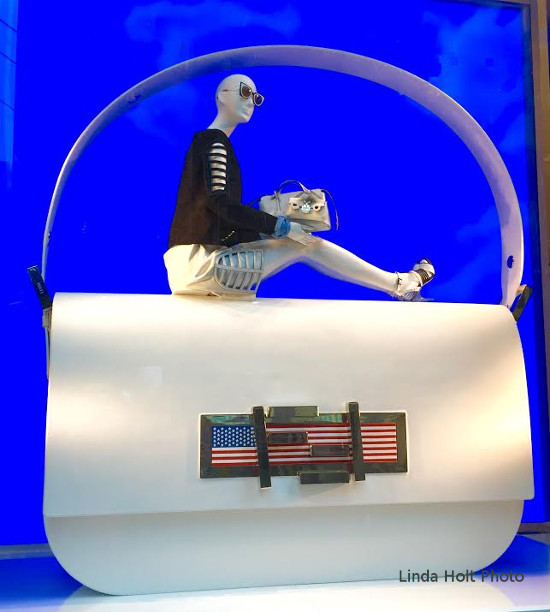 Every time I visit New York City I have the same thought, “Why don’t I do this more often?” New York City is only a little more than three hours from Boston but the truth is, I rarely go. I can come up with lot’s of excuses why; hotels are expensive, I don’t know anyone there and I can never find a good time to take time off work.

While attending the Architectural Digest Home Show a couple of weeks ago I once again was reminded of how inspirational the city is and how I really need to make an effort to travel there more often. Even just walking the streets while checking out the windows is a visual delight. Look at these terrific windows I spotted while walking the famous 5th avenue. 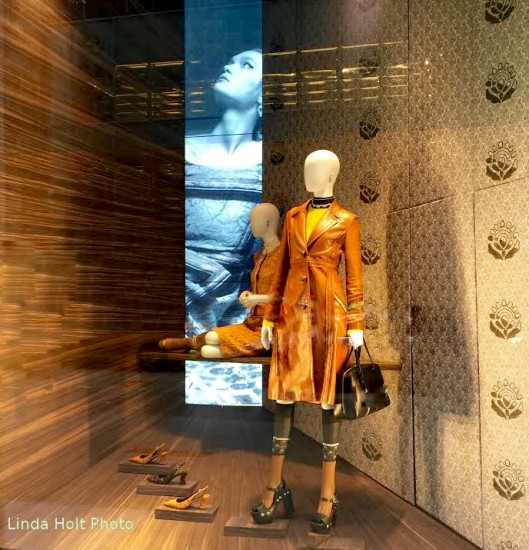 One thing I noticed as trending in almost every window was the use of faceless all white mannequins. One reason may be because color continues to be big this Spring and what better way to showcase those colorful clothes than against a clean white background. 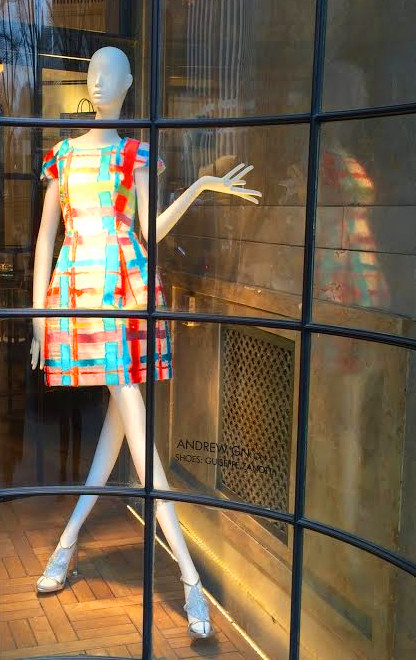 Bergdorfs had an interesting theme for their Spring windows as each window vignette highlighted a different sense. The one below is taste. Not totally clear on the message but those are big white cakes above the models heads. The dress on the right with the pompoms is not something I could wear in a million years but the one on the left I love. 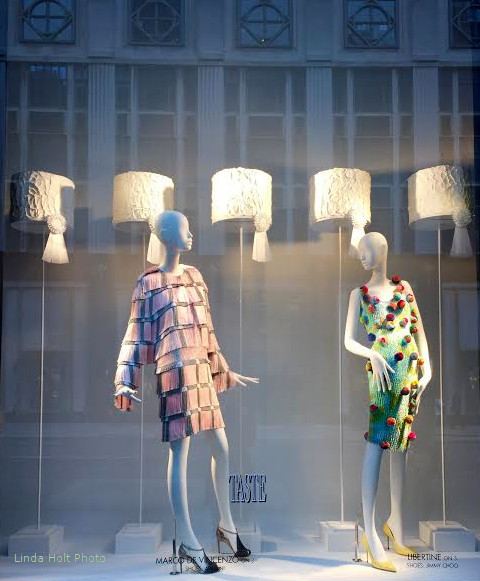 This second window vignette for smell is more clear as that is a big nose encased in that Lucite box. The message is further driven home with all those flowers in the background. I love the two skirts in this window as well. 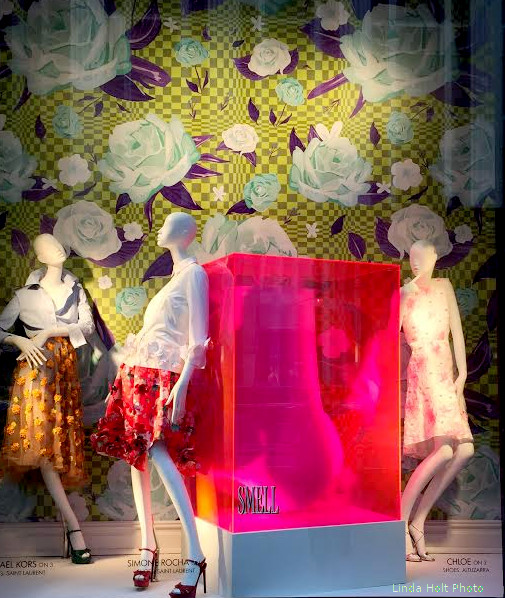 This last one for hearing is even more literal with a huge ear floating front and center. I usually get annoyed by the street reflections in the window but actually loved the reflection here. 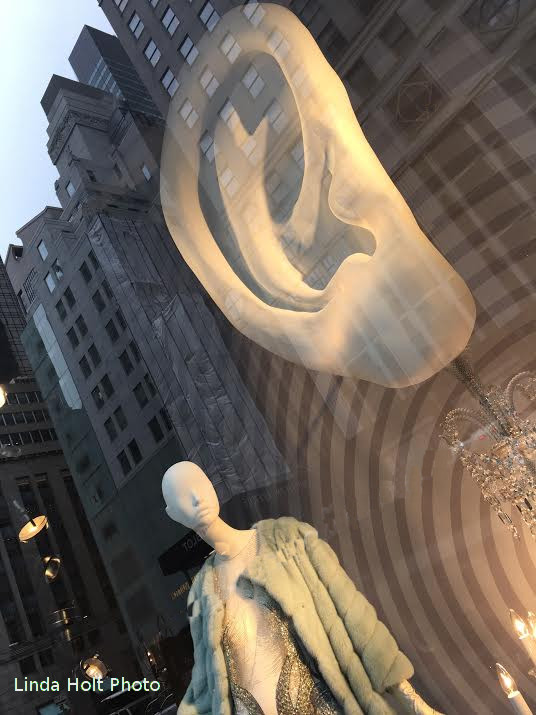 The rich saturated blue background grabbed my attention in Fendi’s window. It’s hard to tell the scale but that bag is about 10 feet tall and fills the entire window.

Leave it to Ralph Lauren to keep his mannequins classic and beautiful. This was another window where I thought the street reflections added interest to my photo. It’s almost as if the mannequin is making a ghost like appearance by stepping right out of the wall of the building. 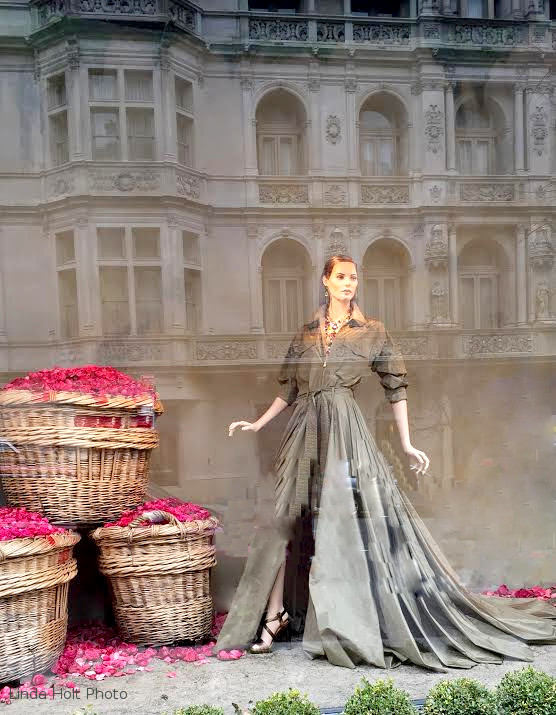 For those of you that watch Downton Abbey, this window had a fun discovery. If you have seen the opening “commercial” for the series it shows Ralph Lauren painting a water color of a jeweled necklace on a model. It then shows an actual model wearing that same necklace down the runway. Here is the  necklace on the mannequin in the window. 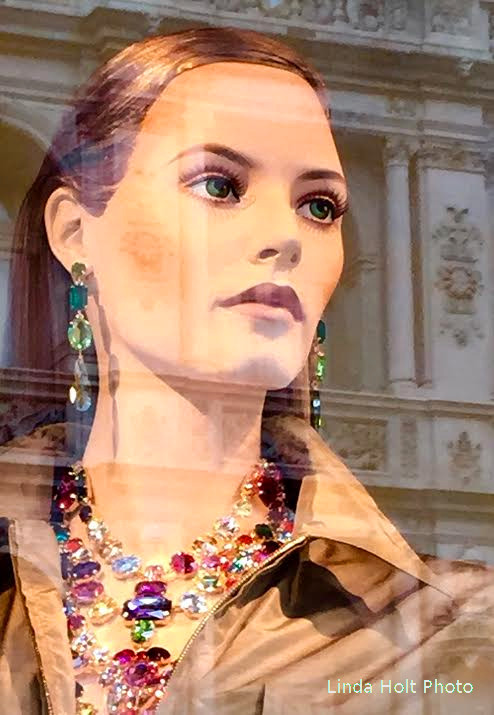 This last window is Dolce and Cabbana. I know they have had some very bad press lately by making some really dumb comments that don’t even make sense. I did however enjoy their window because I interpret it as “Winter” waiting for “Spring” to come to life. 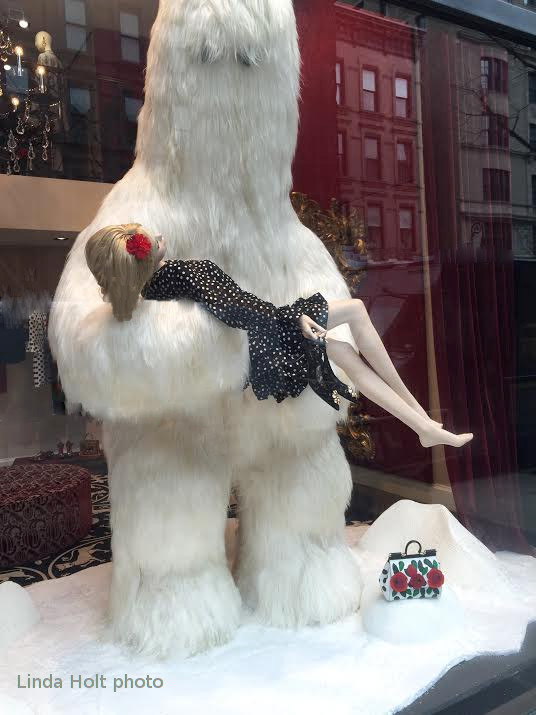 I hope you enjoyed a little glimpse of the New York City Spring 2015 window displays. I have made a commitment to myself to get to NYC more often and as Wayne Dyer says, “excuses be gone”!!!….Anyone want to join me? 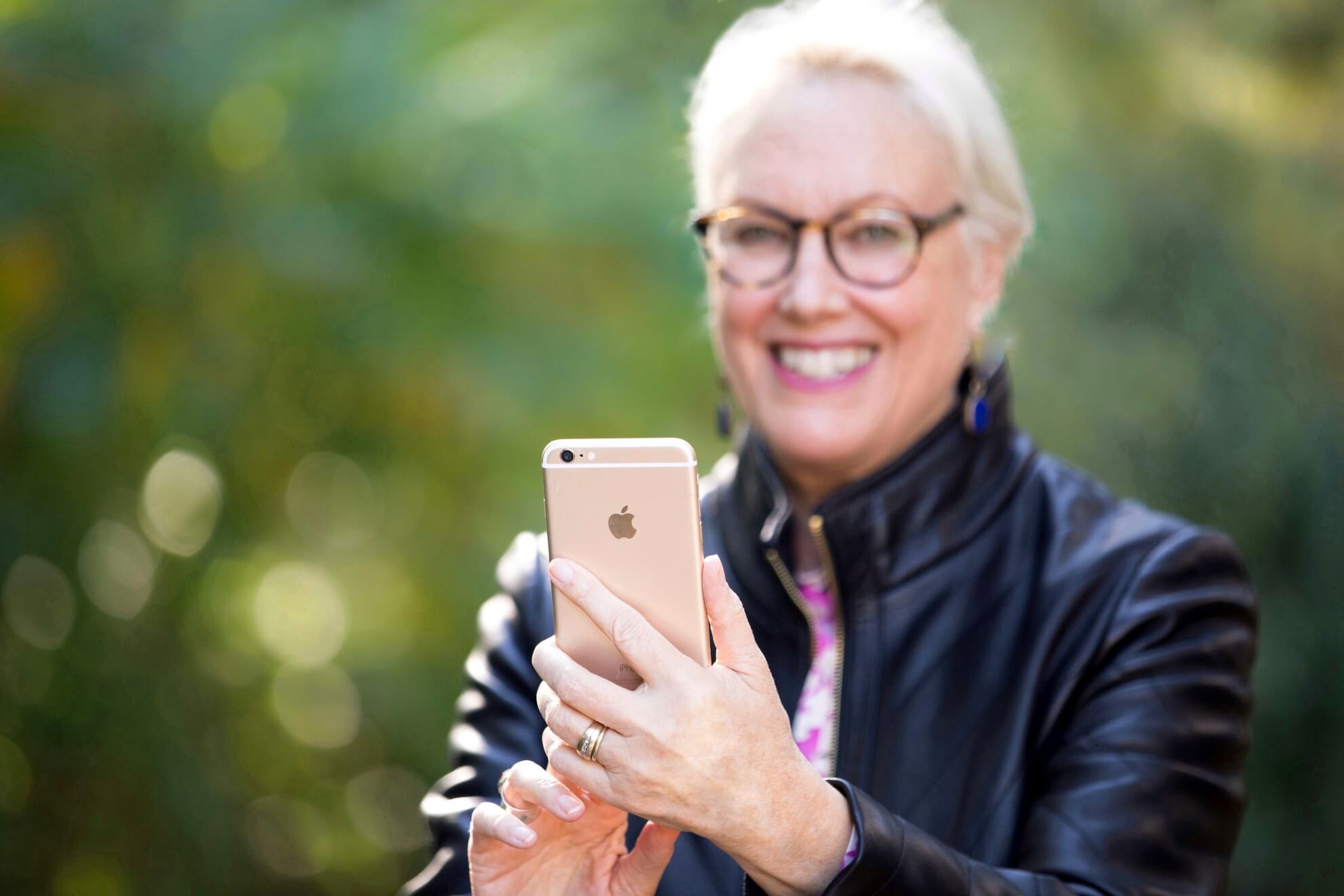